History of Our Roman Catholic School

The Hurricanes of 1942 and then 1941 both wrecked havoc in San Pedro and after the last collapse, the folks of the village joined hands an reconstructed this new building into a single floor but elevated about three to four feet. It was long building with no partitions. The blackboards served to separate one classroom from the other. This school building was used from 1942 all the way up until 1961 when it as destroyed by Hurricane Hattie.

So where did the children of San Pedro go after this Hurricane blow? Well, the Catholic Church was fortunately spared and remained standing. This building was a U-shaped structure consisting of the Church, the Rectory and an adjoining building which was the nuns’ and scouts’ quarters when they made their summer trip to San Pedro. This building served for our school quarters for two years.

While we were attending classes in the church building, construction was ongoing with the very first ferro-concrete large building in San Pedro. The government of George Price, with the Honorable Louis Sylvestre as our Area Representative has to be given all the credit for this tremendous accomplishment for San Pedro. The PUP at the time did not waste time in granting this much needed structure for the education of San Pedro’s children as well as for a hurricane shelter. In 1963 without much ceremony and without any campaign promises, the building was turned over to the Bishop of Belize to manage the new San Pedro R.C. School under the leadership of a lady Garifuna Principal, Mrs. Palacio. I missed attending classes in this spanking building because it was the same year that I went to high school in ‘Belize City. Hon. Manuel Heredia and many of my childhood friends did attend classes there for a year or two. 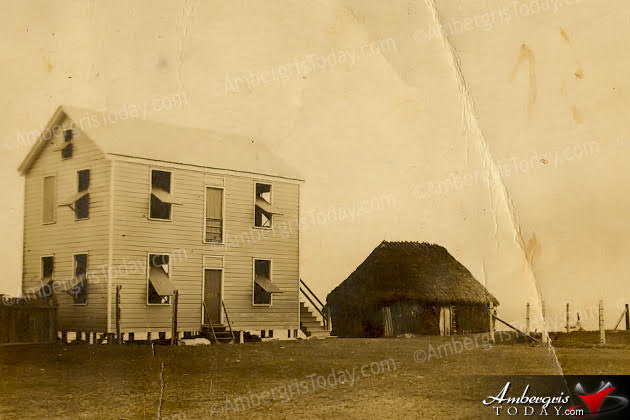